What is gum disease?

Gingivitis is a mild form of gum disease causing inflammation (redness and swelling) in the gums and often bleeding, but the destruction caused can be reversed and healthy gums can be achieved again with direction from the Hygienist.

Periodontitis is a more severe form of gum disease that reduces the support of the tooth and can lead to early tooth loss.  This condition is NOT reversible. Once you have Periodontitis, you have the condition for life and it can get worse if you do not see your Hygienist regularly for the maintenance therapy.

What causes Periodontal disease and Gingivitis?

Plaque is responsible (a colourless film of bacteria and food debris, that builds up on the tooth). If the plaque bacteria are allowed to build up it can get below the gum line and start causing problems under the gums.

You are much more at risk if you smoke. Smoking also slows down the healing so it will make the treatment less successful. Other medicines or diseases such as Diabetes can increase the risk of gum disease, or you may just be more prone to it than someone else.

What are the signs of Gingivitis?

Lots of people notice no signs themselves

Bleeding gums when brushing or eating

Swollen and red gums, this is usually not painful

What are the signs of Periodontitis?

All of the signs of Gingivitis but also you may have:

Bad breath/taste in the mouth

Receding gums (gums shrink back from the tooth)

Pus from the gum line

But lots of people don't notice any symptoms at all. 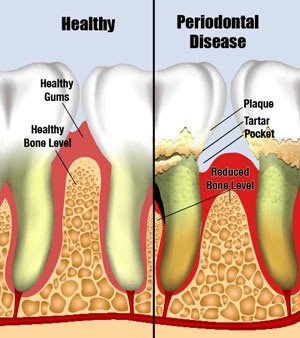 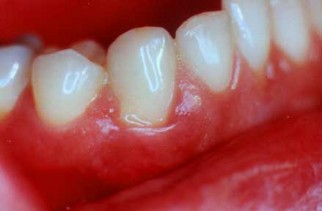 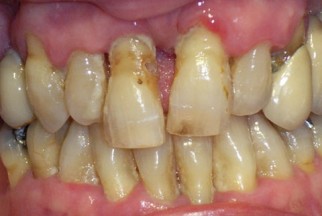